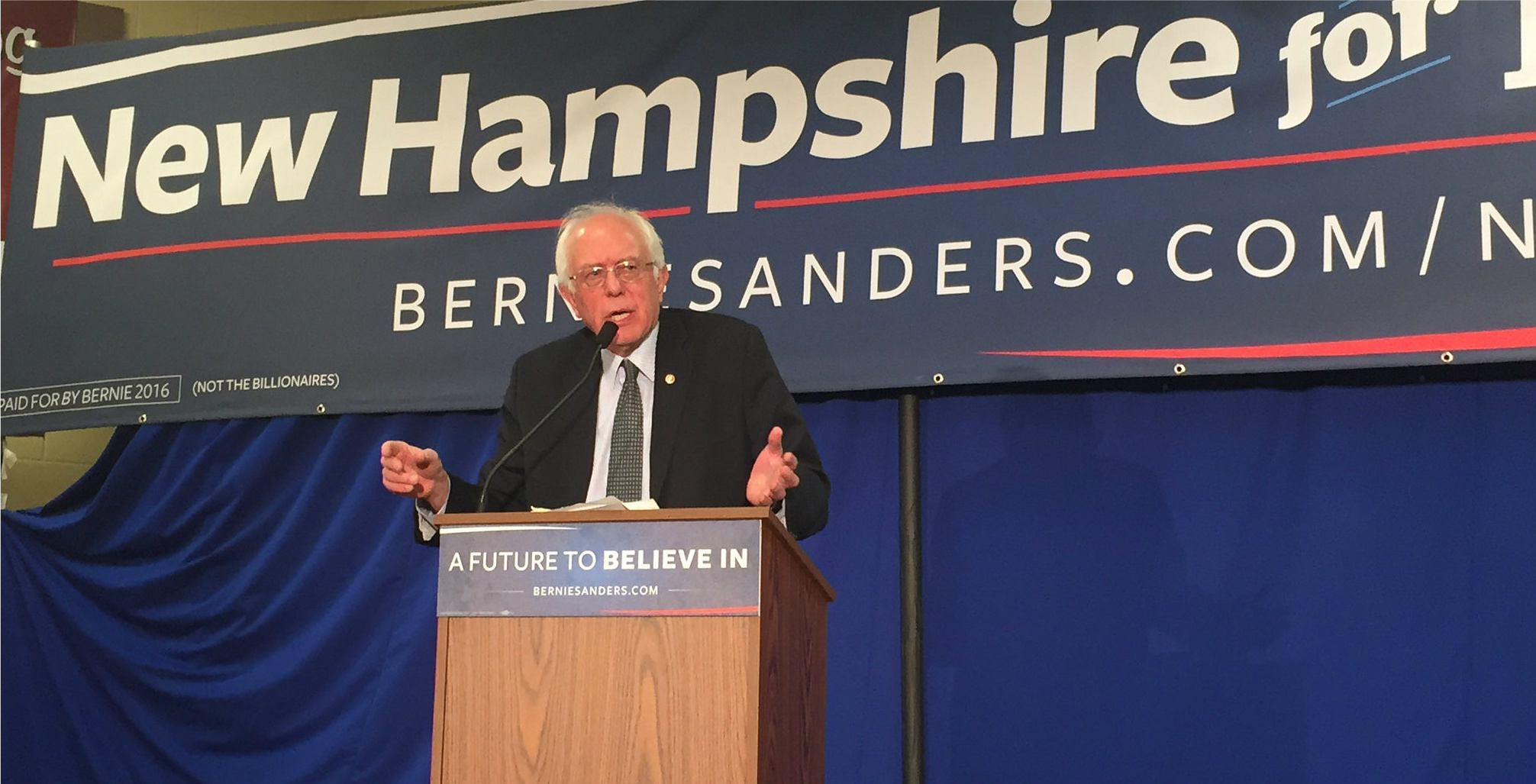 With the Iowa caucus days away and the New Hampshire primary fast approaching, presidential candidates are in full campaign mode. And when these candidates are on the road so is the Internet 2016 team! Here’s a roundup of our adventures in New Hampshire during the month of January.

I caught up with Rubio on the campaign trail in Nashua in an automotive shop at the local community college. As a young person I was happy to see that there were around 40 or 50 twentysomethings in the crowd of roughly 200 people.

Rubio talked about the Internet’s role in expanding access to higher education, but he didn’t share specific ideas on how his administration would close the digital divide and make broadband more affordable. I was able to catch up with Rubio in the handshake line to find out more about his plan.

Last year the senator worked with Sen. Cory Booker on the Wi-Fi Innovation Act, a bill that would expand unlicensed spectrum use by requiring the FCC to test the feasibility of opening the upper 5 GHz band for that purpose. When I questioned Rubio about his plans to expand Internet access and promote affordability he fell back on his work with Booker, and said that expanding spectrum would increase investment in high-speed Internet. Rubio then went on to say that he would encourage the use of satellite Internet service to close the digital divide.

While opening spectrum is a great idea, it wouldn’t do enough to close the digital divide. Furthermore, satellite Internet isn’t reliable and is prohibitively expensive for many people. According to a recent Pew Research Center study, 43 percent of non-broadband users cited the price of monthly service or the cost of a computer as the primary reasons they couldn’t purchase broadband service for their homes.

Statistics like these are the reason why the Internet 2016 team is so interested in finding out how candidates will address the lack of Internet access and the steep cost of broadband. Without access to high-speed Internet, people are left at a distinct economic disadvantage. Our policymakers need to do more to curb the ever-growing cost of broadband access, and whoever becomes president can and should lead in that effort.

I attended an event with Carly Fiorina at a rather posh winery in Amherst. There were so many people in attendance that, despite arriving early, I had to wait in a long line to park my car before going into the event. The meet-and-greet was held in a large room with vaulted ceilings and it was standing-room-only. There were about 200 people in attendance — mainly retired folks.

Given Fiorina’s background as the CEO of Hewlett-Packard, it would be reasonable to assume that she would be on the cutting edge when it comes to technology and the Internet. Unfortunately that doesn’t seem to be the case. During her speech Fiorina told the crowd that, as president, she would host regular interactive radio shows. She went on to say that during those radio shows she would discuss her upcoming initiatives and would allow people to call into a number where they could press 1 to vote “Yes” and 2 for “No.”

While this idea may have appealed to the older crowd in attendance, it’s a step backward given the potential to use advanced technology and have a truly interactive approach to governance. And before any lawmaker can interact with the public on a broad scale we need to level the playing field and make Internet access more affordable. Fiorina didn’t say anything about how her administration would accomplish that.

Next up: Sen. Ted Cruz

The Internet 2016 team caught up with Cruz at a small diner in Keene. Attendees were packed into the diner like sardines in an effort to keep as many folks out of the cold as possible. While Cruz didn’t address Internet issues during that event, later in the week he made some misinformed statements about the FCC’s Net Neutrality rules that the Free Press Action Fund team was quick to fact-check and correct.

In his statement about Net Neutrality, Cruz portrayed the rules as an attempt by the federal government to regulate the Internet. That simply isn’t the case. The FCC’s protections make it clear that no one, government or corporation, should have the power to interfere with any user’s right to access the free and open Internet.

Our final event in January was a Sanders town hall turned rally in Bedford. Earlier in the week, during the Media Action Grassroots Network’s #RightToConnect Twitter Town Hall, Sanders tweeted that “We must narrow the digital divide between Americans who are connected to broadband and those who are not.” Going into the event we were hopeful that Sanders would expand on this statement and give us more information about his plans to close the digital divide. Unfortunately, that didn’t happen.

All presidential candidates need to share specifics about their plans to close the digital divide and make high-speed Internet more affordable. People around the country like San Francisco student Bridgid Skiba, who discussed her struggle to afford Internet service during the #RightToConnect Town Hall, are counting on political leaders to lower the cost of home broadband. This is a serious issue that affects the day-to-day lives of all Americans, and we need to hear more from the candidates about how they will address this inequity.